Any iPad Pro user who uses the Apple Pencil daily needs a long-term solution for storing the Pencil. As much as I love the iPad Pro, I feel that one of its major design shortcomings is that there is no place to permanently store the Pencil when not in use. Numerous reviews have pointed this out when comparing the iPad Pro to Microsoft’s Surface series (which has a magnetic connection that holds the Surface Pen quite securely), so I won’t labour the point.

I just want to note it at the beginning here because I deliberately ignored this fact and tried to use the iPad Pro for almost an entire year without doing anything to protect the Pencil. And that was a mistake. I did the same thing with the iPhone 4 when I first purchased it; I initially used it without a case and within 3 months the glass back had (predictably) shattered. Similar things happened with my Apple Pencil. First, the cap that protects the Lightning connector fell off and was lost inside the lining of my carry bag (eventually I found it by accident). Second, I left my bag leaning against a cabinet at the end of a school day, and did not realise that the Pencil within the bag was also leaning in the same way. Overnight, the cabinet applied pressure to the rubber tip of the Pencil and by the morning the tip had snapped off. This was particularly problematic because the half of the tip with the screw thread on it remained lodged inside the Pencil itself and was quite difficult to remove. The replacement tips weren’t cheap either! 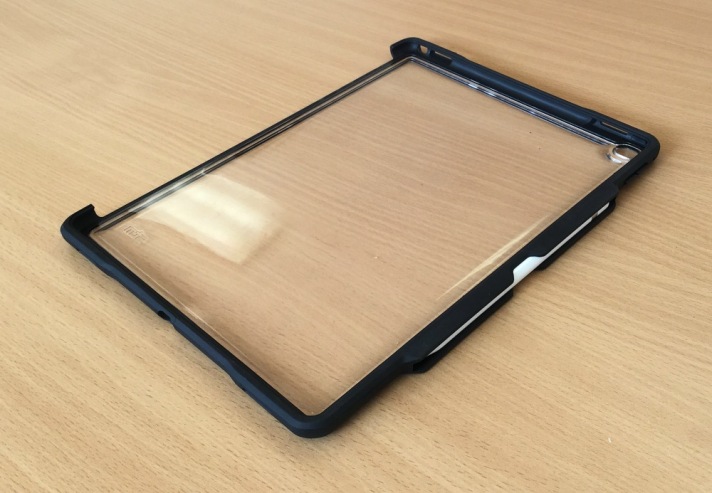 That’s why I was really delighted to unwrap the STM iPad Pro dux case. STM very kindly sent me one to see whether it would fit my purposes on a day-to-day basis. The dux is a sturdy shell that covers the back of the iPad Pro so that you can use the Smart Keyboard or Smart Cover if you prefer (as you can see in the images, I do the latter). 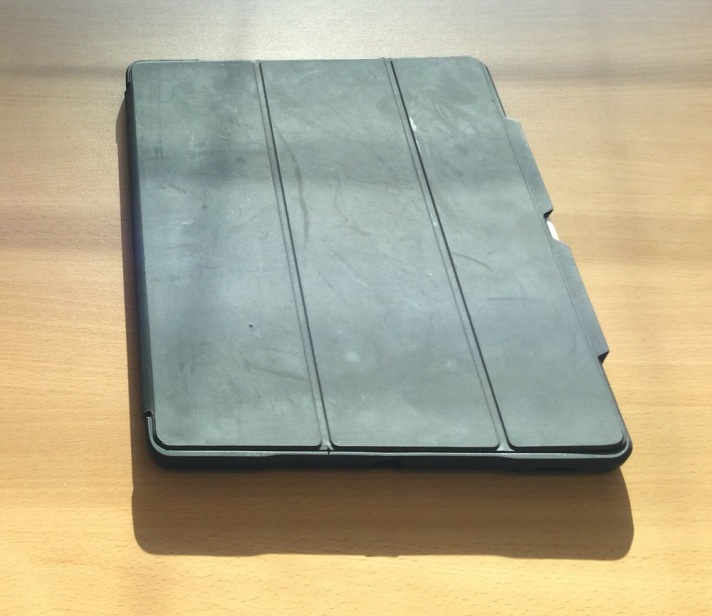 The rim of the case is a flexible black plastic that snugly houses the iPad, while the backing is a thick, clear and rigid plastic that offers strong protection and allows the branding of the iPad to show through (which is a nice touch). It does add a reasonable amount of thickness to the iPad, which I wish it didn’t, but there’s a good reason for it which I’ll get onto later. 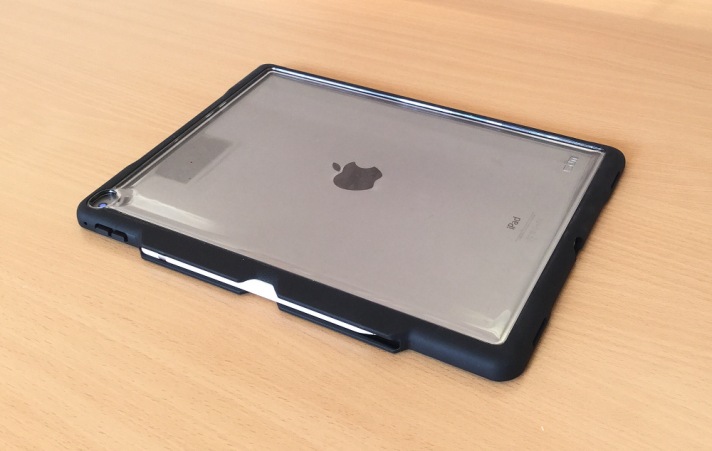 The whole case feels solid and keeps the iPad safe from falls and other kinds of damage. I’m very pleased with the build quality and the case rim is a nice balance between rigidity and flexibility so that it doesn’t feel like the iPad will fall out at any time but it’s quite easy to remove the case if you want to. 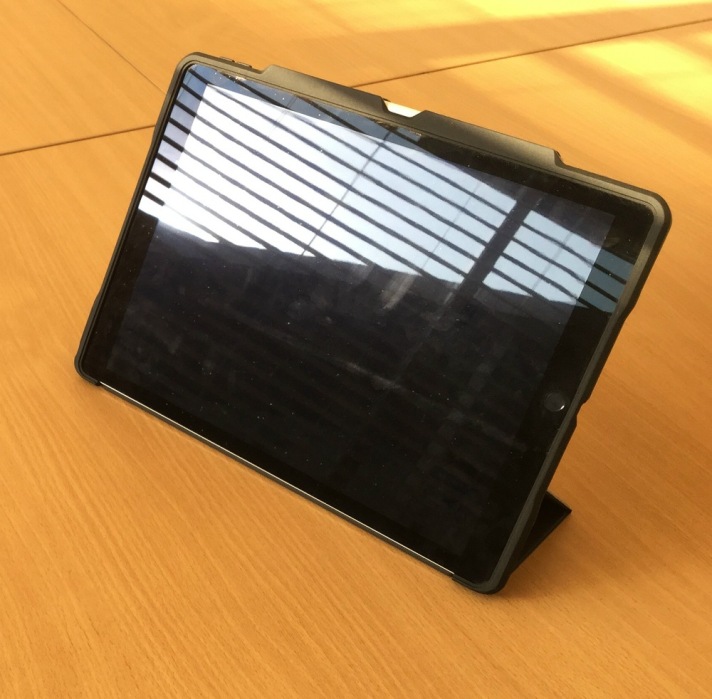 The most important feature for me, as I mentioned above, was that there is a convenient location for the Pencil. It is nestled into a special section on the rim, which is why the case is the thickness that it is; it makes the case wide enough along its edge to store the Pencil without adding any more thickness. (Many of the other cases I’ve seen, such as the one from Studio Proper, position the Pencil in such a way that it sits on the face of back of the iPad and therefore makes the entire profile much thicker.) Just like the case overall, the Pencil holder is firm but flexible. You won’t feel as though it will ever accidentally fall out, and in fact I tend to flex the lip of the Pencil holder slightly outward in order to ease the Pencil out. 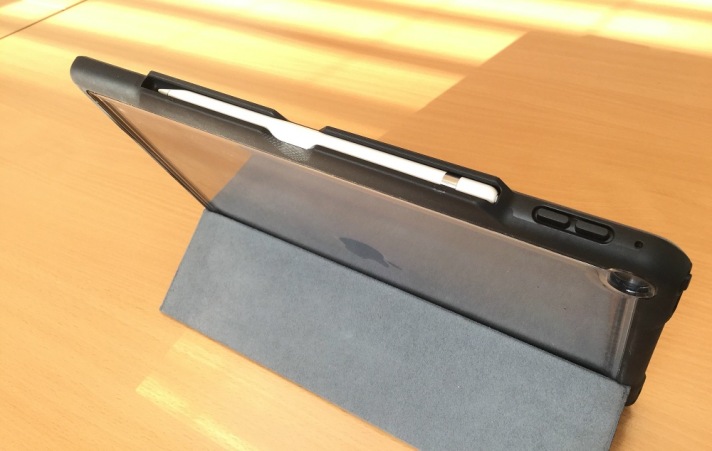 There are other ways to store your Apple Pencil. I’ve seen some very attractive desk holders, and some even charge the Pencil when it’s in the holder. But for someone like me who is constantly leaving my desk (to go to class) and frequently on the move (to visit students or attend meetings), the best option is for a case that can hold the Pencil so it’s always there when I need it. I’ve really enjoyed using the dux case and have more or less gotten used to the extra size it it gives to my device – so I’d happily recommend it to anyone with the iPad Pro who uses the Pencil a lot.

View all posts by Eddie Woo